"Please write about the rapes that have taken place and about the children who die of hunger. If not, they will, one day, point a finger at you and say, "See, we are also people like you. We also have a right to live. Please give that to us!"

Plantation Tamils were attacked by Sinhala thugs, with the support of Sinhala politicians and the Sinhala security forces on 8 September 1998. The attack was in the style and manner of the well organised attacks of Genocide'83. The Asian Human Rights publication, Human Rights Solidarity reported  in November 1998:

"This incident took place at Wewalwatte in the Ratnapura district, 100 kilometres away from Colombo, in Sri Lanka. It began on 8 September 1998 when bodies of two Sinhala (the majority ethnic group in Sri Lanka, which comprises about 70 per cent of the country's population) were found near a residential area of tea plantation workers (who are Tamils - a minority race in Sri Lanka, which comprises 20 per cent of' the population). Subsequently, it led to a fire that ended in virtually destroying 800 labour quarters into ashes.

There had been many contradictory and false statements and reports about the murders made by the police and the media. Some believe that the murders are related to a rape while others believe that it has something to do with illegal local liquor sale.

Looking merely at the facts of this incident, one is only able to learn the surface of the story. Whatever analysis or conclusions made on this incident without considering the real background can be very superficial.

When we look into the dives of these Tamil estate-labourers in recent times, we could only relate to one story. All decisions about their lives have been made by the authorities in charge of these estates. Tamil estate-labourers were first brought into Sri Lanka by the British during the colonial period. These people live a hard life with minimal living conditions and very low wages. Although they have contributed to the wealth of others, in return they only receive humiliations from the powerful. Once they are out of' their estate boundaries, they have to be inferior to the Sinhala population around them.

Without the permission or consent of Sinhalese, these Tamils are not even able to collect firewood or do normal labour job. They are even not able to travel on a bus freely. They have to bear all those injustices and discriminatory acts inflicted upon them. Even if by mistake they have responded contrarily to the viewpoint of a Sinhalese, it is inevitable that they would face harassment, such as getting beaten up. Such attacks have taken place at least once a week in recent times.

There have also been many rapes of Tamil women and stealing of their cattle or poultry. These Tamils have given up the idea of reporting such acts to the police (this does not mean that the police act justly) because they have learned from the past the way police deal with such complaints.

About two to three generations of such Tamil labourers have lived in such conditions without any protest.  However, it is evident from the various reactions of the new generation of Tamil labourers that they are no more willing to put up with such mistreatment.

We need to understand that the death of the two Sinhalese youth in Wewalwatte has not occurred merely due to a dispute relating to local illegal liquor processing and selling. The pains have been there for a long time, and now it has come the time for bursting out the frustrations and outrage. One of the two died was Bandusena who did not have a good image among the Tamils as well as the Sinhalese. It is alleged that he had previous involvement in illegal liquor sales and even rapes of women. Usually in such situations, law enforcement agencies should follow the normal procedures set out by the law and maintain impartiality.

However, the police have acted not only too late but also under the influence of powerful politicians in the area. This was evident by the arrival of about 200 thugs by lorries to the area on the following day. These thugs went in groups of 50 to 60 people each. They first entered the labour quarters and then chased the occupants away from their houses. Thereafter, they set fire to all 800 houses and destroyed them. The houses burnt down were all along Allupolawatte, Agressland, Wallawela and Rassagala. 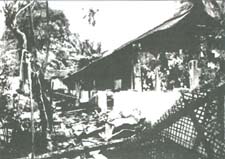 The occupants had no alternative to ensure their security other than hiding themselves in the nearby jungle. They were not able to flee through main roads as they were beaten up along the roads. And they did not have vehicles to escape. They were also not able to flee through Sinhalese villages and thus finally took refuge in the thick jungle. Of those who went into hiding in the jungle, some have still not returned. There are children and infants who have spent three to four days without food or water and become seriously ill. These Tamil people have to face such misery only because of their Tamil identity.

The Sinhalese thugs who attacked Alupolawatte have only spared one shop, which was belonged to a Sinhalese. The alleged persons behind this grave crime are believed to be members of the ruling alliance. The burning of these houses that took place between 5 and 7 in the afternoon was carried out in a very organised manner. In difference places there was uniformity in the way the destruction inflicted on the Tamils. Though tile police were informed prior to the attack, in some places the police came too late to rescue. A policeman who came to one place has said, "We have given you [the thugs] four hours, still you haven't finished?" The military police who arrived at the scene later tried to calm down the situation, but the issue remains very much unresolved.

Most of the Sinhalese attackers have been identified and have been informed to the police, but until now not a single arrest has been made. However, the police have not hesitated to arrest 14 Tamil suspects relating to the murder of the two Sinhalese youth. "Since the Sinhalese who took part in the attack believed to be the followers of a powerful politician in the area, the police have not made any arrests. Another thug (identified by the victims and believed to be affiliated to the same politician) and his followers too are culprits," say the Tamil victims of the incident.

It is not the first time that such attacks, motivated by political powers, inflicted on vulnerable Tamil minorities by the Sinhala racist groups. Close associates of the powerful politician in concern have come to the scene and said, "What is wrong in burning down these old slum-like labour quarters?" Further, Minister Thondaman, who is considered as the king of the plantation labourers, has come to the scene after about a l 0-year break and seems trying to make use of the situation for his own political advantage Like the previous government, there is no genuine willingness in the present government to bring solutions to the problems of the common people. Further, even the leftist parties aspiring to come into power in the future have not made a single visit to this area. Those who are fed up and have been cheated by the two regimes no longer trust any new political party merely due to their new colour or slogans.

Lastly, a word should be mentioned about the media in Sri Lanka. The media have paid least attention to this grave incident. It is rather unfortunate that the media people have no guts to go beyond the information provided by the police. The reports in the newspapers were not genuine. The State television only showed politicians donating some essential things to the victims. Not a single media shot could see a sight of the 800 burnt houses. 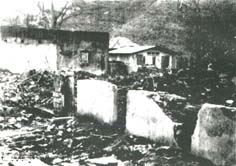 However, if the same situation occurs to a Sinhala community or village, the reaction of the media would have been rather different. Still, if there are people with consciousness, the media people and persons with humanity, please visit the area without the police escort. Please write about the lives of these Tamil victims who are living in open refugee camps. Please talk to them about this situation. Then you could see the lives of those Tamil people after their houses and belongings have been burnt down.

Please write about the rapes that have taken place and about the children who die of hunger. If not, they will, one day, point a finger at you and say, "See, we are also people like you. We also have a right to live. Please give that to us!"

(Source: Asian Human Rights Commission publication, Human Rights Solidarity, Volume 8, No.11, November 1998. The article by Ananda Ranjith originally appeared in Lakbima, a Sinhala weekly in Sri Lanka, on 4 October 1998. It was translated into English with the assistance of Oshani Sembakuttiarchchi.)