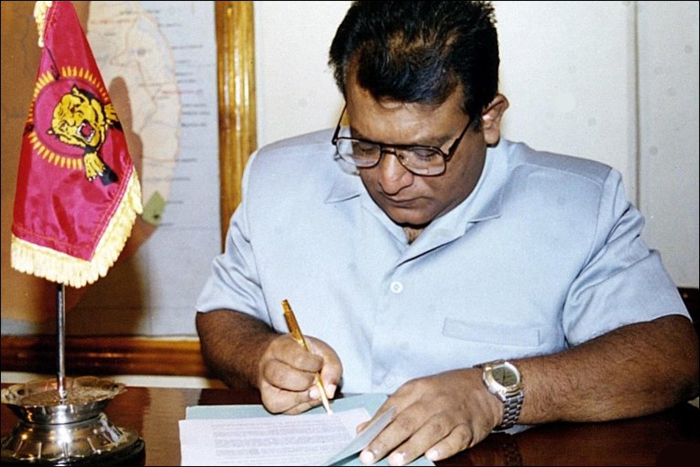 Full text of the ceasefire agreement signed by the government of the Democratic Socialist Republic of Sri Lanka and the Liberation Tigers of Tamil Eelam:

The GOSL and the LTTE (hereinafter referred to as the Parties) recognize the importance of bringing an end to the hostilities and improving the living conditions for all inhabitants affected by the conflict. Bringing an end to the hostilities is also seen by the Parties as a means of establishing a positive atmosphere in which further steps towards negotiations on a lasting solution can be taken.

The Parties further recognize that groups that are not directly party to the conflict are also suffering the consequences of it. This is particularly the case as regards the Muslim population. Therefore, the provisions of this Agreement regarding the security of civilians and their property apply to all inhabitants.

With reference to the above, the Parties have agreed to enter into a ceasefire, refrain from conduct that could undermine the good intentions or violate the spirit of this Agreement and implement confidence-building measures as indicated in the articles below.

Article 1: Modalities of a ceasefire

The Parties have agreed to implement a ceasefire between their armed forces as follows:

1.1 A jointly agreed ceasefire between the GOSL and the LTTE shall enter into force on such date as is notified by the Norwegian Minister of Foreign Affairs in accordance with Article 4.2, hereinafter referred to as D-day.

1.2 Neither Party shall engage in any offensive military operation. This requires the total cessation of all military action and includes, but is not limited to, such acts as:

1.3 The Sri Lankan armed forces shall continue to perform their legitimate task of safeguarding the sovereignty and territorial integrity of Sri Lanka without engaging in offensive operations against the LTTE.

1.4 Where forward defence localities have been established, the GOSL's armed forces and the LTTE's fighting formations shall hold their ground positions, maintaining a zone of separation of a minimum of six hundred (600) metres. However, each Party reserves the right of movement within one hundred (100) metres of its own defence localities, keeping an absolute minimum distance of four hundred (400) metres between them. Where existing positions are closer than four hundred (400) metres, no such right of movement applies and the Parties agree to ensure the maximum possible distance between their personnel.

1.5 In areas where localities have not been clearly established, the status quo as regards the areas controlled by the GOSL and the LTTE, respectively, on 24 December 2001 shall continue to apply pending such demarcation as is provided in article 1.6.

1.6 The Parties shall provide information to the Sri Lanka Monitoring Mission (SLMM) regarding defence localities in all areas of contention, cf. Article 3. The monitoring mission shall assist the Parties in drawing up demarcation lines at the latest by D-day + 30.

1.7 The Parties shall not move munitions, explosives or military equipment into the area controlled by the other Party.

1.8 Tamil paramilitary groups shall be disarmed by the GOSL by D-day + 30 at the latest. The GOSL shall offer to integrate individuals in these units under the command and disciplinary structure of the GOSL armed forces for service away from the Northern and Eastern Province.

1.9 The Parties' forces shall initially stay in the areas under their respective control, as provided in Article 1.4 and Article 1.5.

1.10 Unarmed GOSL troops shall, as of D- day + 60, be permitted unlimited passage between Jaffna and Vavunyia using the Jaffna-Kandy road (A9). The modalities are to be worked out by the Parties with the assistance of the SLMM.

1.11 The Parties agree that as of D-day individual combatants shall, on the recommendation of their area commander, be permitted, unarmed and in plain clothes, to visit family and friends residing in areas under the control of the other Party. Such visits shall be limited to six days every second month, not including the time of travel by the shortest applicable route. The LTTE shall facilitate the use of the Jaffna-Kandy road for this purpose. The Parties reserve the right to deny entry to specified military areas.

1.12 The Parties agree that as of D-day individual combatants shall, notwithstanding the two-month restriction, be permitted, unarmed and in plain clothes, to visit immediate family (i.e. spouses, children, grandparents, parents and siblings) in connection with weddings or funerals. The right to deny entry to specified military areas applies.

The Parties shall undertake the following confidence-building measures with the aim of restoring normalcy for all inhabitants of Sri Lanka:

2.1 The Parties shall in accordance with international law abstain from hostile acts against the civilian population, including such acts as torture, intimidation, abduction, extortion and harassment.

2.2 The Parties shall refrain from engaging in activities or propagating ideas that could offend cultural or religious sensitivities. Places of worship (temples, churches, mosques and other holy sites, etc.) currently held by the forces of either of the Parties shall be vacated by D-day + 30 and made accessible to the public. Places of worship which are situated in "high security zones" shall be vacated by all armed personnel and maintained in good order by civilian workers, even when they are not made accessible to the public.

2.3 Beginning on the date on which this Agreement enters into force, school buildings occupied by either Party shall be vacated and returned to their intended use. This activity shall be completed by D-day + 160 at the latest.

2.4 A schedule indicating the return of all other public buildings to their intended use shall be drawn up by the Parties and published at the latest by D-day + 30.

2.5 The Parties shall review the security measures and the set-up of checkpoints, particularly in densely populated cities and towns, in order to introduce systems that will prevent harassment of the civilian population. Such systems shall be in place from D-day + 60.

2.6 The Parties agree to ensure the unimpeded flow of non-military goods to and from the LTTE-dominated areas with the exception of certain items as shown in Annex A. Quantities shall be determined by market demand. The GOSL shall regularly review the matter with the aim of gradually removing any remaining restrictions on non-military goods.

2.7 In order to facilitate the flow of goods and the movement of civilians, the Parties agree to establish checkpoints on their line of control at such locations as are specified in Annex B.

2.8 The Parties shall take steps to ensure that the Trincomalee-Habarana road remains open on a 24-hour basis for passenger traffic with effect from D-day + 10.

2.9 The Parties shall facilitate the extension of the rail service on the Batticaloa-line to Welikanda. Repairs and maintenance shall be carried out by the GOSL in order to extend the service up to Batticaloa.

2.10 The Parties shall open the Kandy-Jaffna road (A9) to non-military traffic of goods and passengers. Specific modalities shall be worked out by the Parties with the assistance of the Royal Norwegian Government by D-day + 30 at the latest.

2.11 A gradual easing of the fishing restrictions shall take place starting from D-day. As of D-day + 90, all restrictions on day and night fishing shall be removed, subject to the following exceptions: (i) fishing will not be permitted on (hereinafter referred to as the SLMM).

2.12 The Parties agree that search operations and arrests under the Prevention of Terrorism Act shall not take place. Arrests shall be conducted under due process of law in accordance with the Criminal Procedure Code.

2.13 The Parties agree to provide family members of detainees access to the detainees within D-day + 30.

The Parties have agreed to set up an international monitoring mission to enquire into any instance of violation of the terms and conditions of this Agreement. Both Parties shall fully cooperate to rectify any matter of conflict caused by their respective sides. The mission shall conduct international verification through on-site monitoring of the fulfilment of the commitments entered into in this Agreement as follows:

3.1 The name of the monitoring mission shall be the Sri Lanka Monitoring Mission

3.3 The SLMM shall liaise with the Parties and report to the RNG.

3.4 The HoM shall decide the date for the commencement of the SLMM's operations.

3.5 The SLMM shall be composed of representatives from Nordic countries.

3.6 The SLMM shall establish a headquarters in such place as the HoM finds appropriate. An office shall be established in Colombo and in Vanni in order to liaise with the GOSL and the LTTE, respectively. The SLMM will maintain a presence in the districts of Jaffna, Mannar, Vavuniya, Trincomalee, Batticaloa and Amparai.within an area of 1 nautical mile on either side along the coast and 2 nautical miles seawards from all security forces camps on the coast; (ii) fishing will not be permitted in harbours or approaches to harbours, bays and estuaries along the coast.

3.7 A local monitoring committee shall be established in Jaffna, Mannar, Vavuniya, Trincomalee, Batticaloa and Amparai. Each committee shall consist of five members, two appointed by the GOSL, two by the LTTE and one international monitor appointed by the HoM. The international monitor shall chair the committee. The GOSL and the LTTE appointees may be selected from among retired judges, public servants, religious leaders or similar leading citizens.

3.8 The committees shall serve the SLMM in an advisory capacity and discuss issues relating to the implementation of this Agreement in their respective districts, with a view to establishing a common understanding of such issues. In particular, they will seek to resolve any dispute concerning the implementation of this Agreement at the lowest possible level.

3.9 The Parties shall be responsible for the appropriate protection of and security arrangements for all SLMM members.

3.10 The Parties agree to ensure the freedom of movement of the SLMM members in performing their tasks. The members of the SLMM shall be given immediate access to areas where violations of the Agreement are alleged to have taken place. The Parties also agree to facilitate the widest possible access to such areas for the local members of the six above-mentioned committees, cf. Article 3.7.

3.11 It shall be the responsibility of the SLMM to take immediate action on any complaints made by either Party to the Agreement, and to enquire into and assist the Parties in the settlement of any dispute that might arise in connection with such complaints.

3.12 With the aim of resolving disputes at the lowest possible level, communication shall be established between commanders of the GOSL armed forces and the LTTE area leaders to enable them to resolve problems in the conflict zones.

3.13 Guidelines for the operations of the SLMM shall be established in a separate document.

Article 4: Entry into force, amendments and termination of the Agreement

4.1 Each Party shall notify its consent to be bound by this Agreement through a letter to the Norwegian Minister of Foreign Affairs signed by Prime Minister Ranil Wickremesinghe on behalf of the GOSL and by leader Velupillai Pirabaharan on behalf of the LTTE, respectively. The Agreement shall be initialled by each Party and enclosed in the above-mentioned letter.

4.2 The Agreement shall enter into force on such date as is notified by the Norwegian Minister of Foreign Affairs.

4.3 This Agreement may be amended and modified by mutual agreement of both Parties. Such amendments shall be notified in writing to the RNG.

4.4 This Agreement shall remain in force until notice of termination is given by either Party to the RNG. Such notice shall be given fourteen (14) days in advance of the effective date of termination.